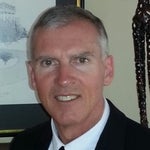 Russell West has been a long time Spokane area resident and graduated from Eastern Washington University. He worked for twenty seven years in the airline industry and took an early retirement from Delta Air Lines in 2004 after twenty years due to Delta leaving Spokane and the need to relocate.  While still at Delta he started and built a successful online business www.westfurnishings.com which continues to operate today.  Rather than just relying on his internet business, Russell pursued his legal career by enrolling in the four year Washington State Law Clerk Program.  After successfully completing the program Russell took the bar exam in the summer of 2008 which he passed and was sworn in as an attorney in November 2008.  Russell has been practicing law as a solo practitioner since Nov 2008 and had four prior years' experience working in an Attorney's Office.

Russell is married with three children and lives with his wife Kim and two children still at home.  He is an avid snow skier, and enjoys skiing on a regular basis, rarely missing a good powder day.  He enjoys attending his kids sporting events (mainly soccer) and traveling on family vacations and business.